Changing lives through the power of Work
OUR Mission 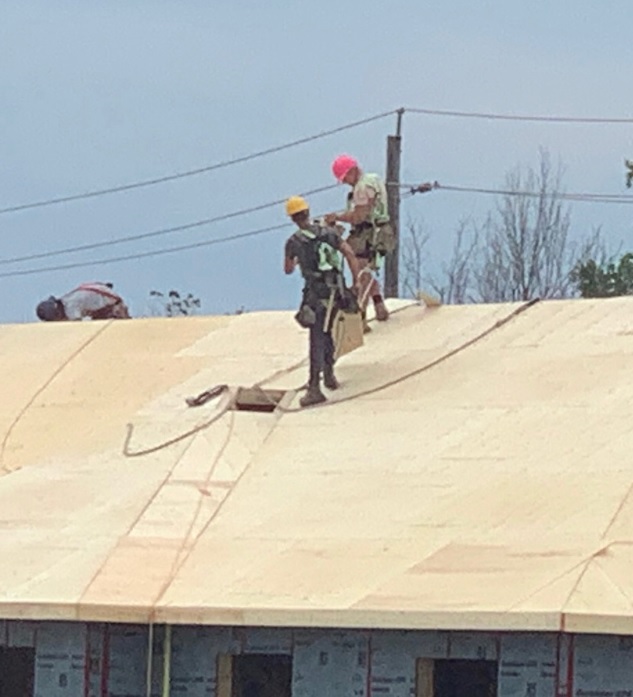 Having recently finished her education, Anna entered the Building Futures - Constructing Our Future (COF) initiative with a long-term goal of becoming a firefighter. Looking to bolster her skills inventory in preparation for attaining this career goal, Anna viewed the program as a pathway to gain knowledge of construction techniques and basic structural components. Like many women pursuing work in the trades, she struggled to find companies that would take on someone with limited labourer experience. However, this adversity did not dampen Anna’s resolve. She successfully secured a position as a COF participant and excelled in the classroom. Anna carried forward the same enthusiasm and tenacity into her work placement as a General Labourer with a local home builder. Ultimately, Anna’s host employer was so pleased with the abilities and work ethic that she demonstrated, they hired heron for a full-time role. 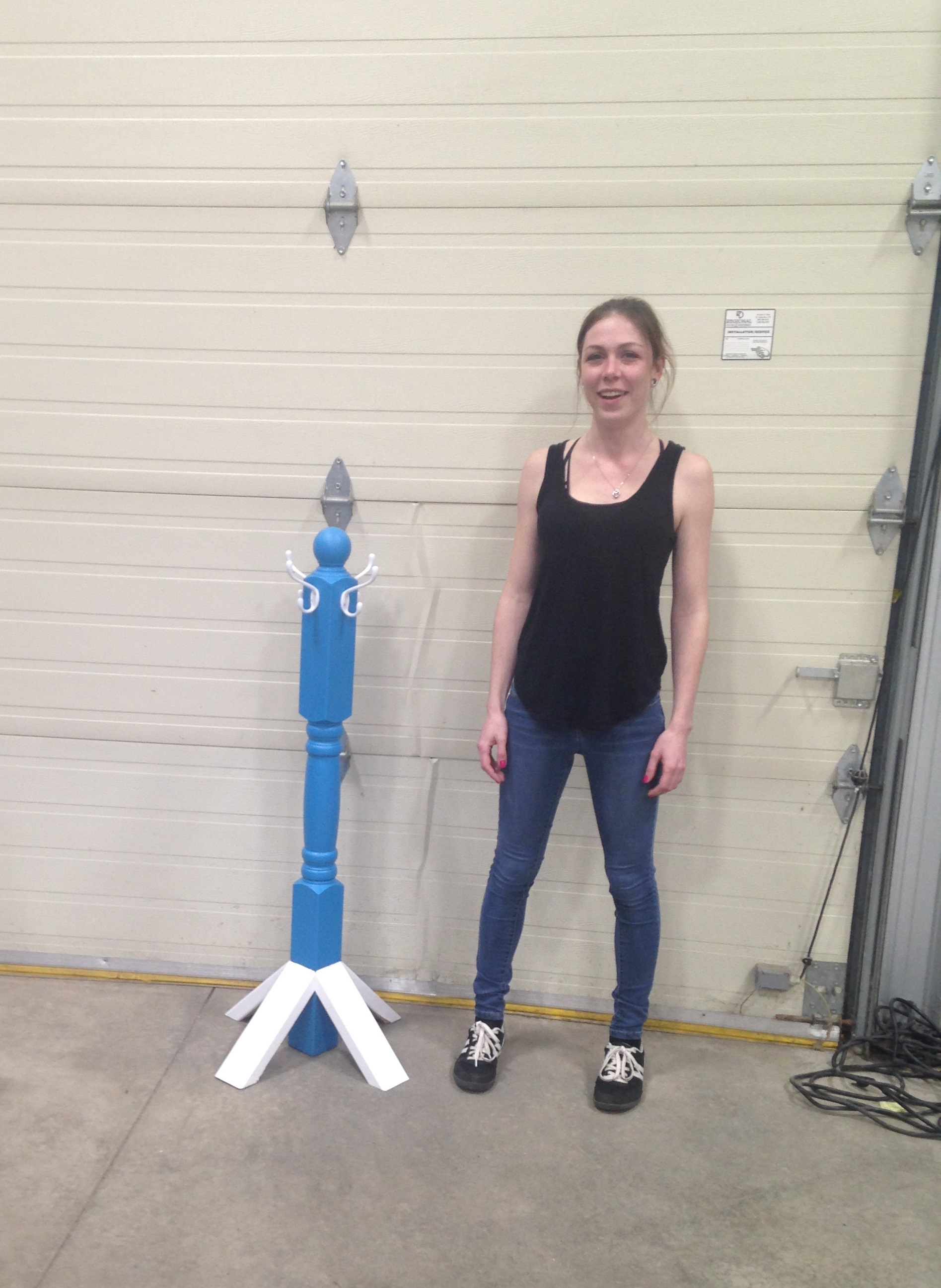 Lynn came to the Constructing Our Future program undecided as to her exact career path. Although she possessed some experience working in a labour capacity, she struggled securing steady work. Lynn had also recently returned to the workforce from a maternity leave and found the lack of consistent employment unsettling. Viewing COF as an opportunity to “get her foot in the door” with an established employer. Lynn successfully completed the in-class portion of the program and seamlessly transitioned to her work placement as a Shop Attendant. Having demonstrated a high degree of proficiency maneuvering a forklift while in the program, she utilized these same skills in new role. Lynn’s host employer was so pleased with her abilities and work ethic that they hired her on for a full-time role after she completed her placement. Upon connecting with Lynn in the months following her participation in our program, she was quoted as saying “I joined the labourers union and I owe it all to the Constructing Our Future program”. 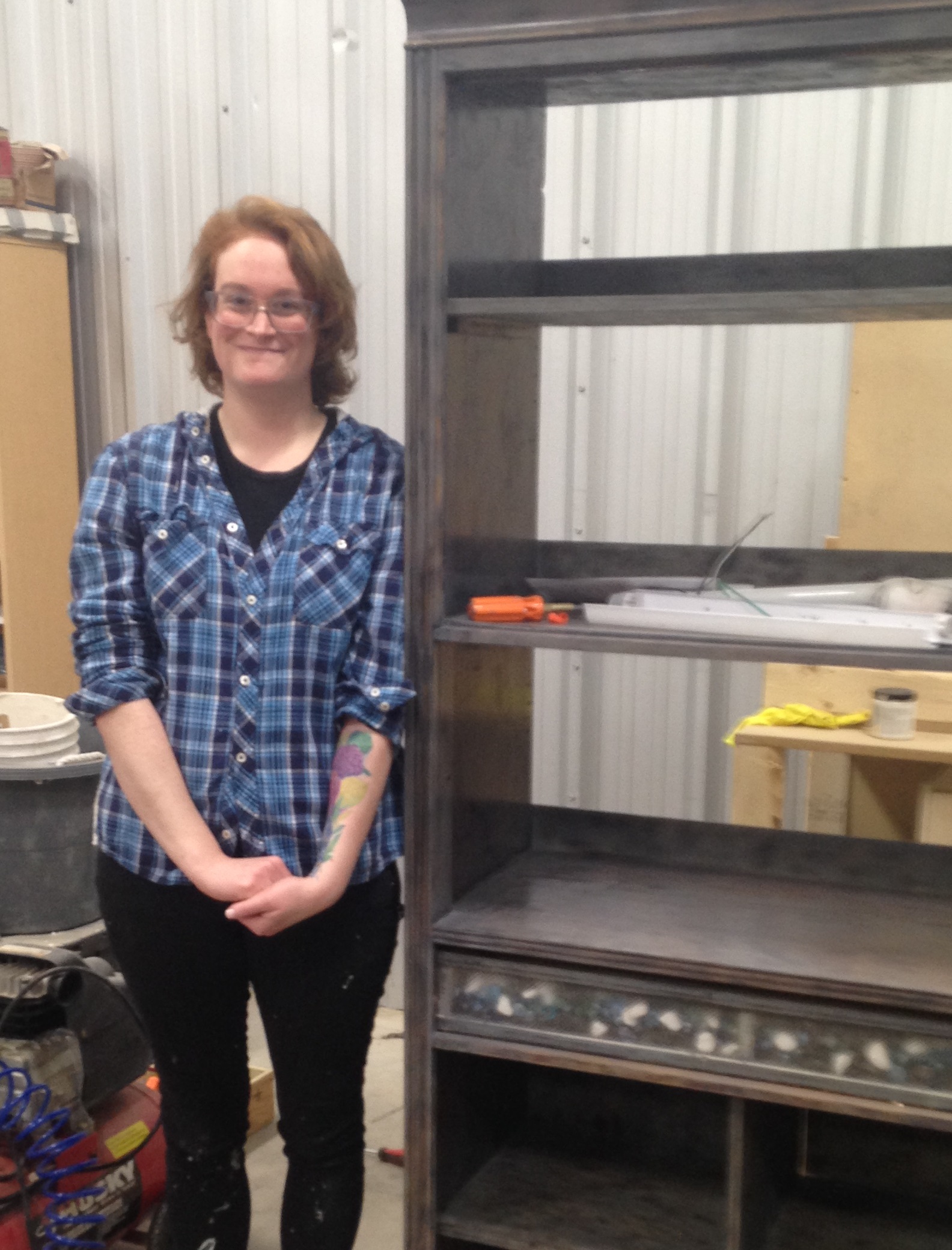 Having worked in food services for several years, Hannah entered the Constructing Our Future program intent on transitioning to employment in the trades. Like many women endeavouring to do so, she struggled finding companies that wouldn’t take on someone with no prior experience working in a labour capacity. However, Hannah was not deterred and subsequently excelled during the in-class portion of Goodwill Niagara’s Constructing Our Future program. She continued to thrive while on her job placement as a General Labourer with one of our community partners. Upon completion of the work term, Hannah’s employer was so impressed with her abilities and work ethic that they recommended her to a colleague whose business better aligned with Hannah’s interest in pursuing a career in the electrical field. 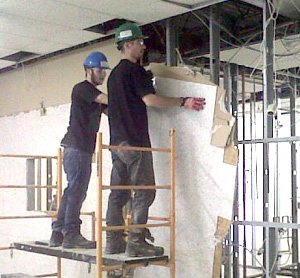 The program leaders were knowledgeable and understanding in all aspects of Construction. Both hands on and class time were useful and well put together. My group got lucky with such a big project and the course in its entity gave me more confidence than I’ve gotten from any other job, course or school I went too. The leaders/bosses were a big part of this because they were so involved in the students. I thank Goodwill for this opportunity and would come by to help with other projects anytime. 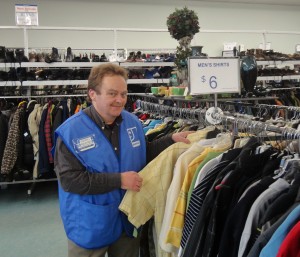 Chris worked in a hardware store in Toronto, but due to health reasons he had to move closer to family in St. Catharines. In 1996 he started volunteering at Goodwill Niagara and for over 18 years Chris has been coming 3 times a week to help merchandising and housekeeping in one of our stores. Chris has this tendency to always appear when he is most needed. He is always smiling, positive, modest and with a very fine sense of humor. Chris gets along with everyone and enjoys organizing the shelves and the clothing racks.

Chris is knowledgeable about the region and collectables; he often points staff to value and rarity of some items. His interest in history is deeply rooted in his own ancestry line. Frederick Goldwin Gardiner, the first chairman of Metropolitan Toronto council, worked on the Gardiner Expressway which was later named after him. Fred Gardiner was Chris' mom’s uncle.

He is also from the family of the famous tableware manufacturers Johnson Brothers. The youngest of them Robert Johnson moved from England to America in 1898 and is the great grandfather of Chris’ father. Chris always tells us if we get a rare pattern from Johnsons Brothers china and will readily share what he knows about it.

Through volunteers like Chris smarter and caring communities are built!
His reliability, enthusiasm and his dedication is contagious and truly lifts the spirit of everyone around him! 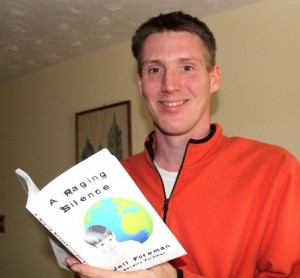 In his early years, Jeff had a difficult time fitting in and being happy. As an elementary school student, he was unable to speak due to selective mutism. Jeff and his parents spent many years going back and forth to different doctors and specialists, none of whom had a definite answer as to his condition. Jeff’s parents were even told by one doctor to “put him away.” His parents refused to do so and continued to seek information.

‍
At age sixteen Jeff was diagnosed with Asperger’s Syndrome. At last, he and his family had some answers. By the time he turned eighteen he had decided to write down experiences he had dealt with in childhood and his young adult life. Life was still a challenge for Jeff; he was living on his own in a terrible apartment. He had taken a security course and was working for a company, but it wasn’t working as he struggled on a daily basis with paperwork and communicating with the staff and public. Jeff didn’t make any decisions on his own; he always asked his mother before he did anything or bought anything. He signed up for karate and dreamed of getting his black belt, but because of his poor self-confidence, this dream was constantly put on hold. Jeff would reschedule test dates that would lead him towards his next belt level because he lacked the courage to move forward and was so afraid of failure.

‍
Jeff decided he needed help and direction in his life to seek new employment. That was when he came to Goodwill Niagara and entered our Workforce Development program. It was in this program that he learned self-esteem, confidence-building and communication skills. Jeff was now ready for employment. A position came up at Goodwill Niagara for an After-Hours Donation Supervisor, and Jeff was the perfect candidate for this role. He completed the training process which he took very seriously. As he started in his new career things suddenly changed for him. During his first year of employment he moved in to a brand new apartment, bought his own couch with no assistance including setting up delivery, bought his own groceries and moved up one belt level. He continued moving forward, and after his second and third year he bought a new car and published a book about his experiences called A Raging Silence. All the proceeds from the book, which is in its fourth printing, are being donated to Autism research with the hopes of one day finding a cure.

‍
Jeff, now thirty-six, is grateful that Goodwill gave him a chance to show what he was capable of, despite his disability. In Jeff’s own words, Goodwill “saw beyond [his] disability.”